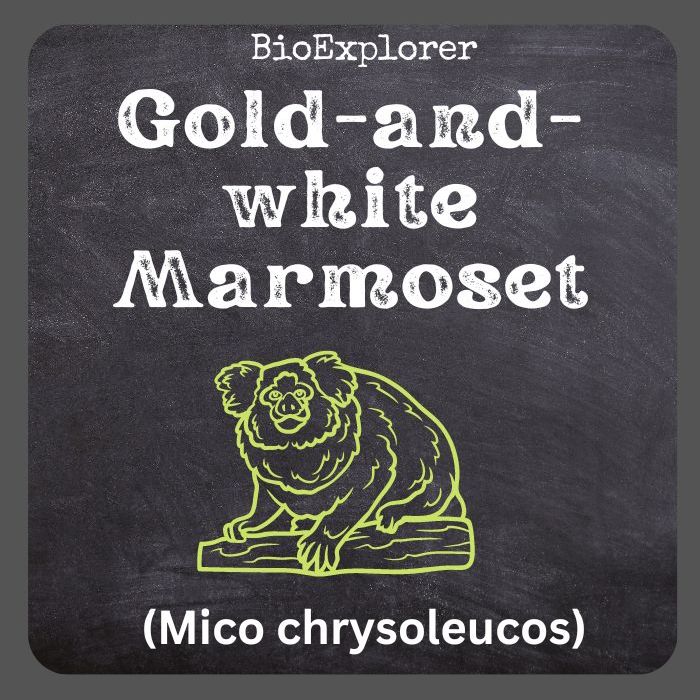 The gold-and-white marmoset[1], also called the golden-white tassel-ear marmoset, is a species of marmoset, a tiny monkey native to the Amazon rainforest in the eastern Amazonas state of Brazil.