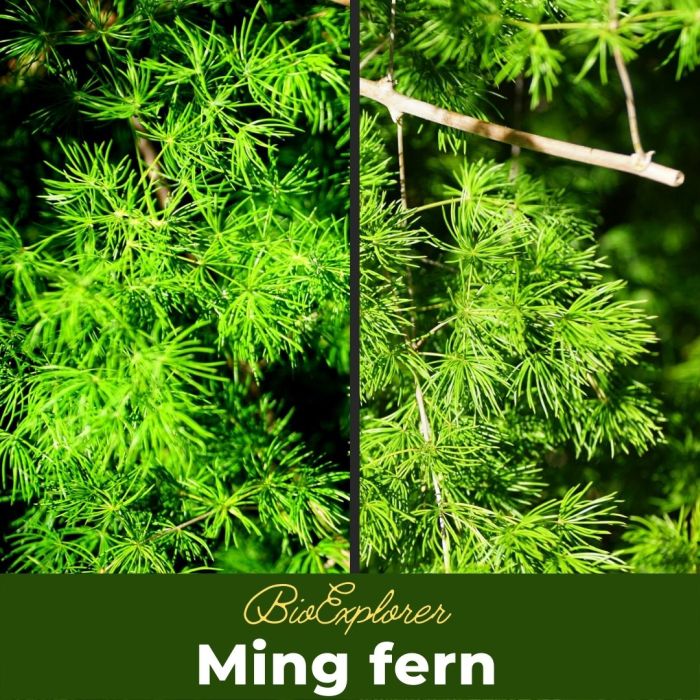 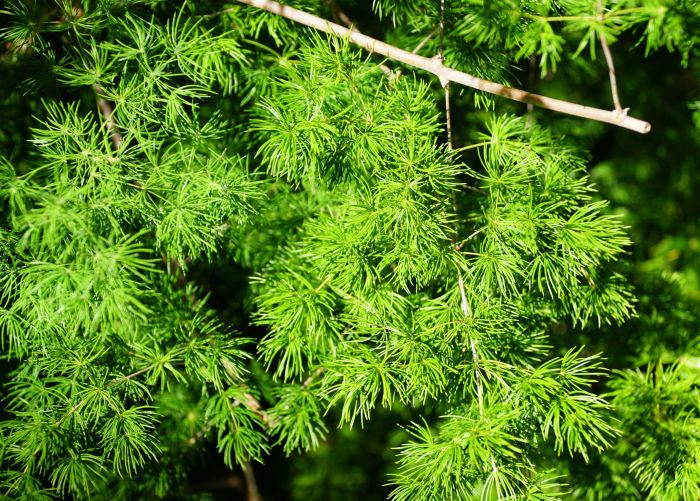 It originates from South Africa’s arid regions. It belongs to the Liliaceae (Lilies) family and is one of the over 400 plants[1] of the genus Asparagus.

This plant is known for its fern-shaped foliage composed of needle-shaped tufts (20 to 30 cladophylls per tuft) distributed along the stems; each group resembles a pom-pom, hence the common name of pom-pom asparagus fern. However, it isn’t a true fern.

It’s a shrubby plant that has spiny/thorny branches rather than fronds, is propagated by seeds rather than spores, and has leaf-like stem extensions (cladophylls) that are not leaves but typically perform the functions of the leaves.

The flowers are usually followed by small round orange fruits that ripen to black.