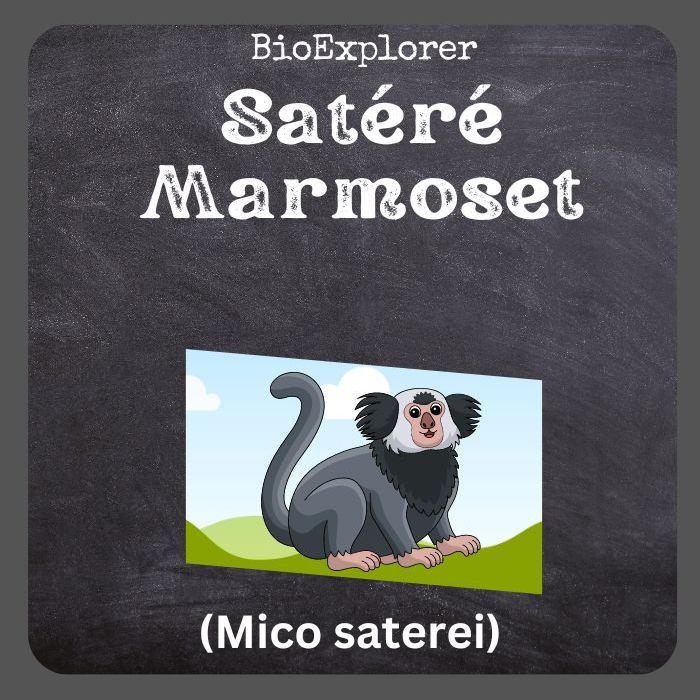 The Satéré marmoset[1] (Mico saterei) is native to Brazil, and its genus is characterized by claw-like nails rather than the flat nails of other primates, long lower incisors, a specialized caecum, and squirrel-like movements in trees.