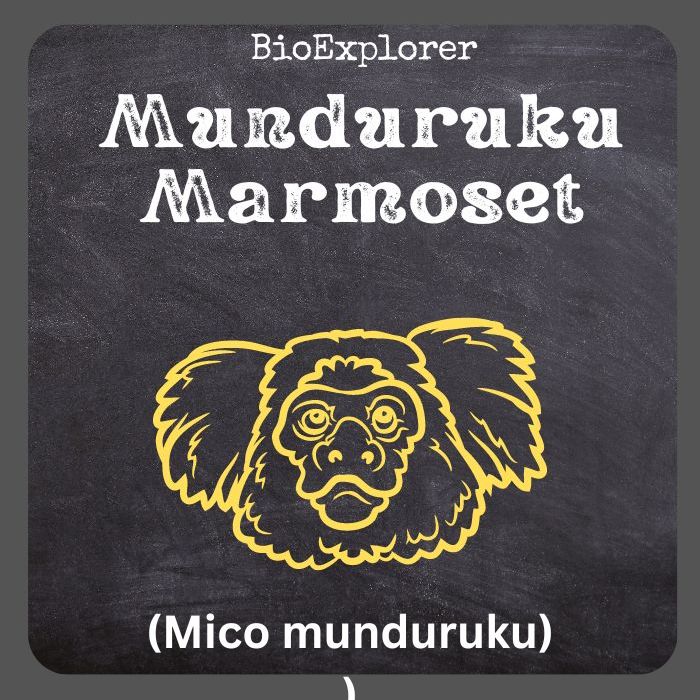 The Munduruku marmoset[1] (Mico munduruku) is a marmoset native to Brazil. It is only found in the southern Amazon over an area of ​​about 120,000 km square, from the right bank of the Jamanxim River below the mouth of the Novo River to the mouth of the Tapajós River.