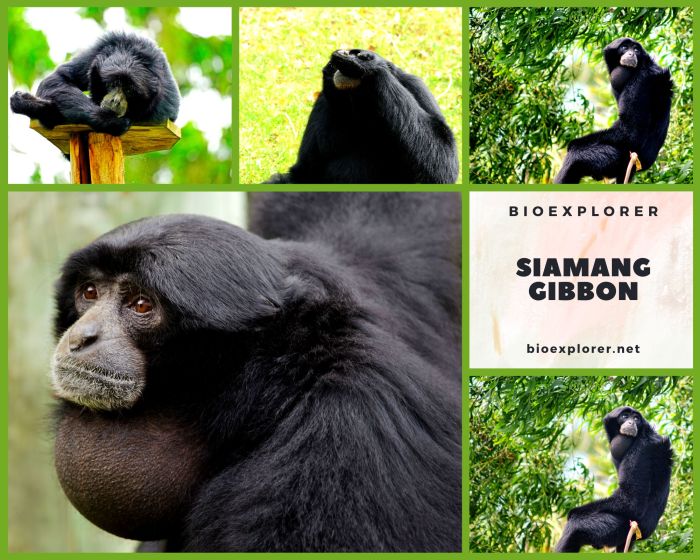 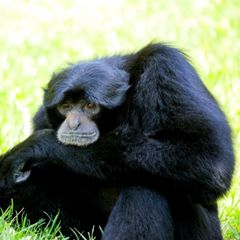 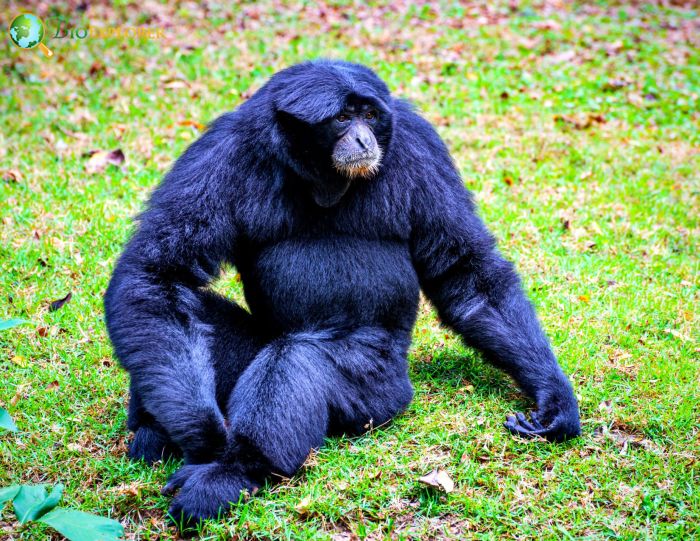 The siamang[1] gibbon (Symphalangus syndactylus) is a black-coated arboreal gibbon endemic to the forests of Thailand, Malaysia, and Indonesia. It is the only species in the genus Symphalangus. 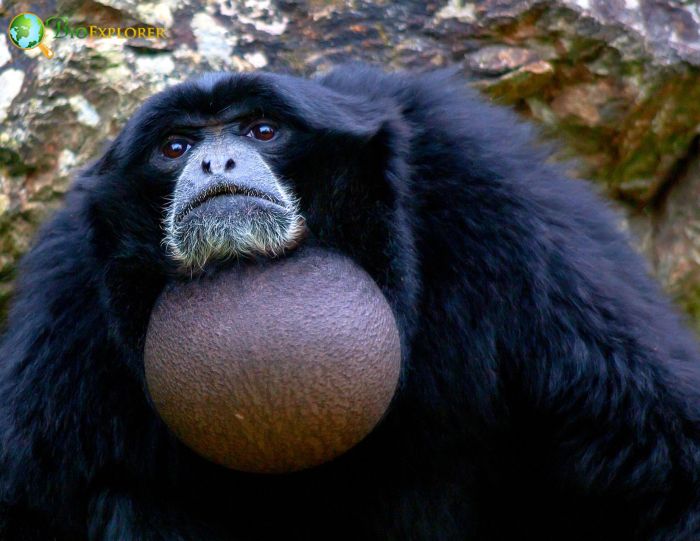 All siamang gibbons can be distinguished from other gibbons in two ways: 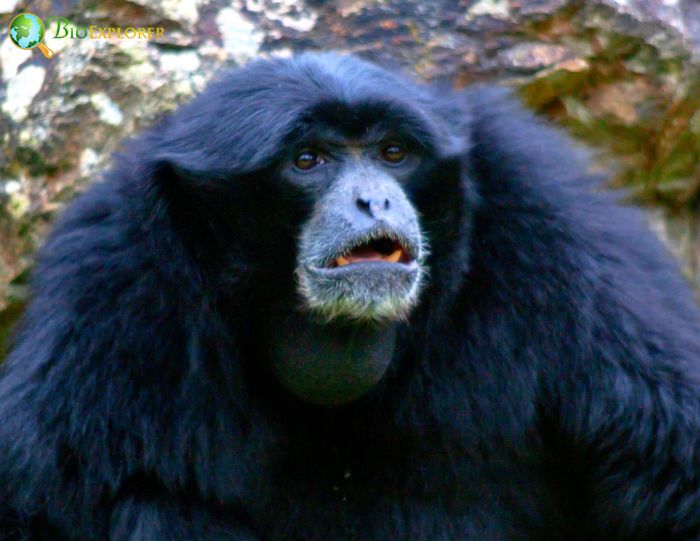 The siamang’s body is perfectly adapted to a life of swinging from branch to branch (also called brachiation). 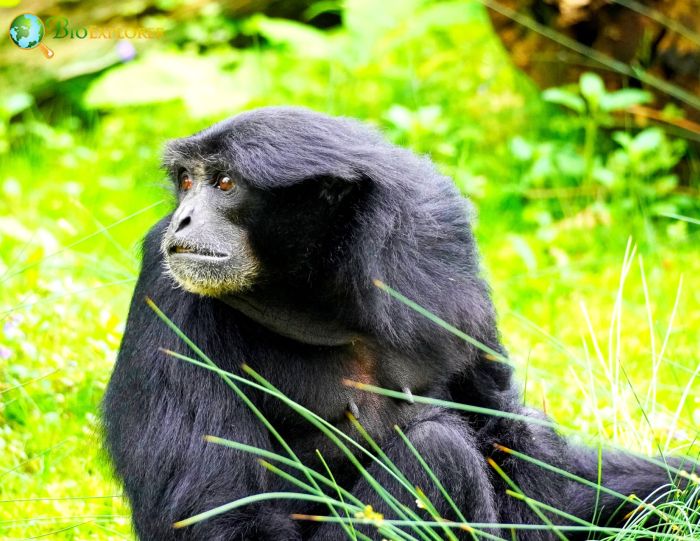