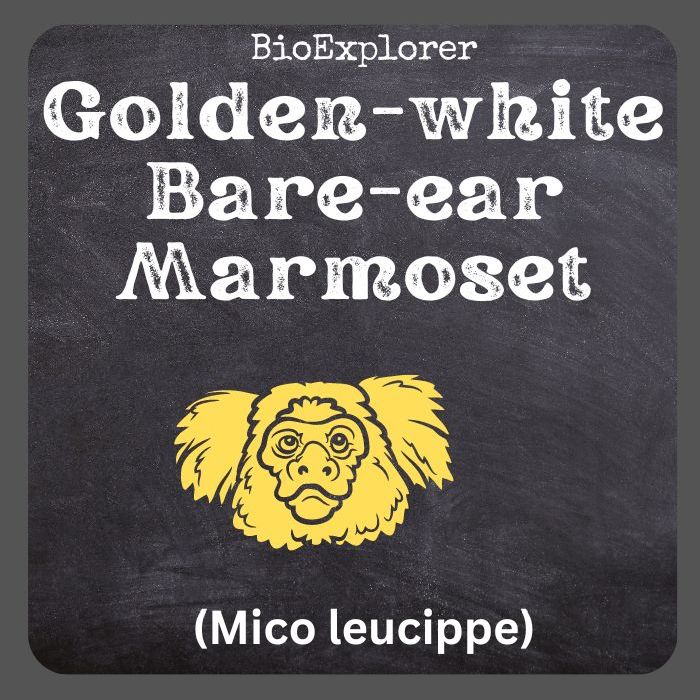 The white marmoset[1] (Mico leucippe), also called the golden-white bare-eared marmoset, is an endangered marmoset native to the Amazon rainforest of Pará, Brazil.