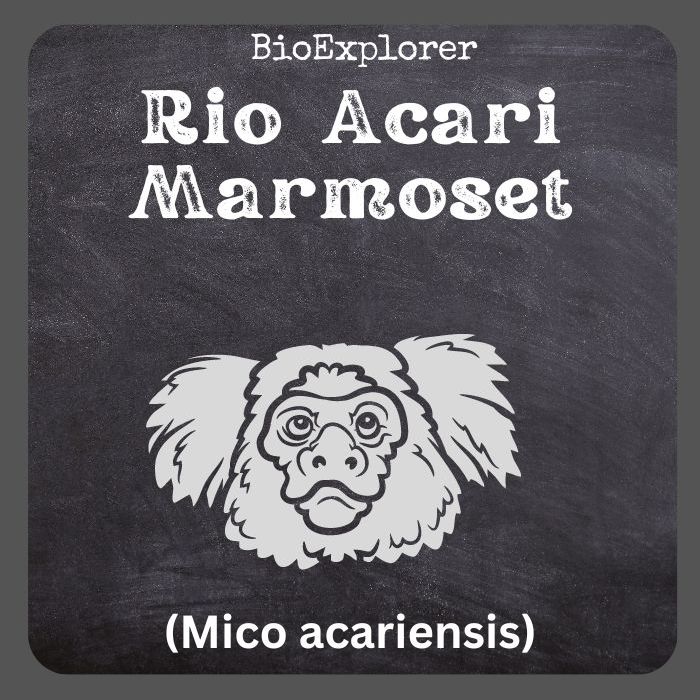 The Rio Acari marmoset[1] (Mico acariensis) is endemic to Brazil. It was first described in the year 2000.