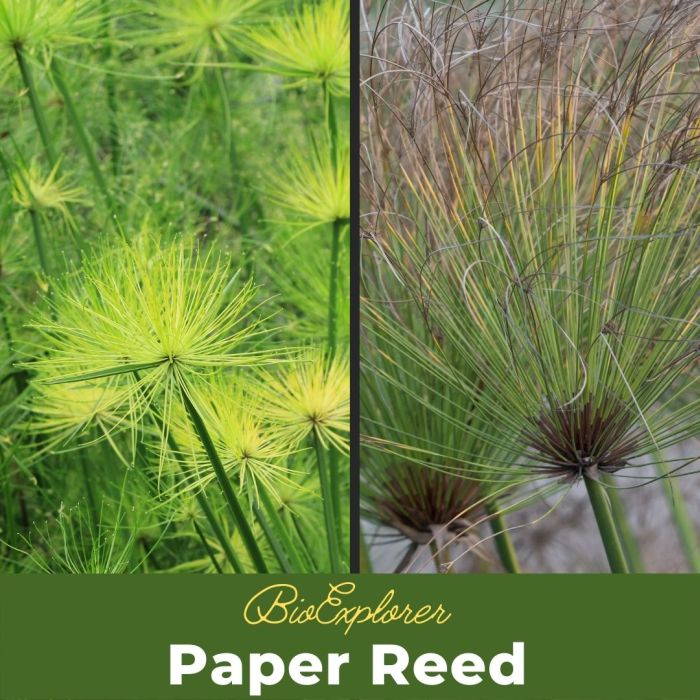 Cyperus papyrus, also called paper reed or Egyptian reed, is an African tufted species native to the southern Mediterranean, the wettest parts of Africa, and Madagascar. Papyrus is one of 600 species[1] in the Cyperus genus, possibly best known as the ancient paper source. 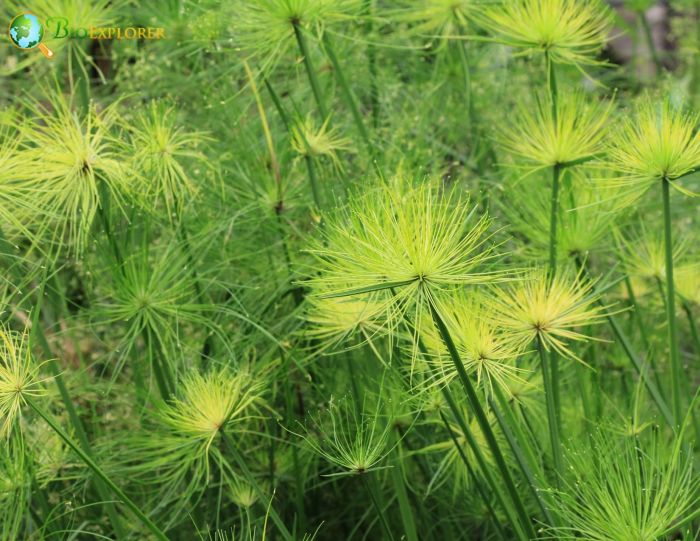 The erect stems with airy foliage give this species a rather decorative layered effect. Paper reed is a vigorous plant that can grow to about 16 feet tall in its natural habitat. Still, ornamental options are generally more modest at 3 to 6 feet. 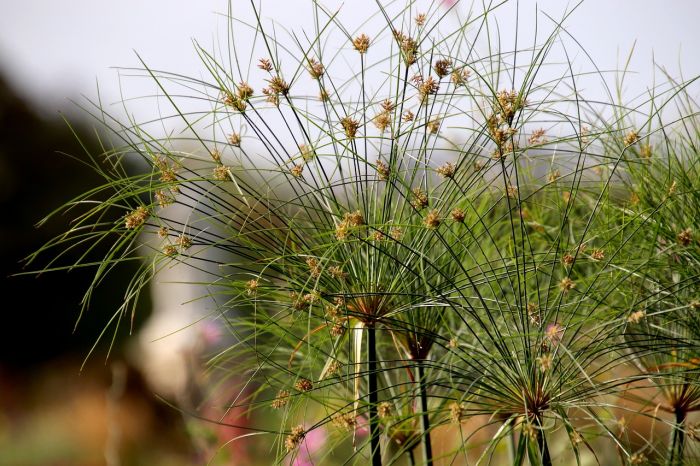 This perennial herb produces only a few basal leaves and numerous strong, dark green triangular stems (culms) consisting of woody rhizomes. Each upright stem is crowned by an umbel inflorescence. 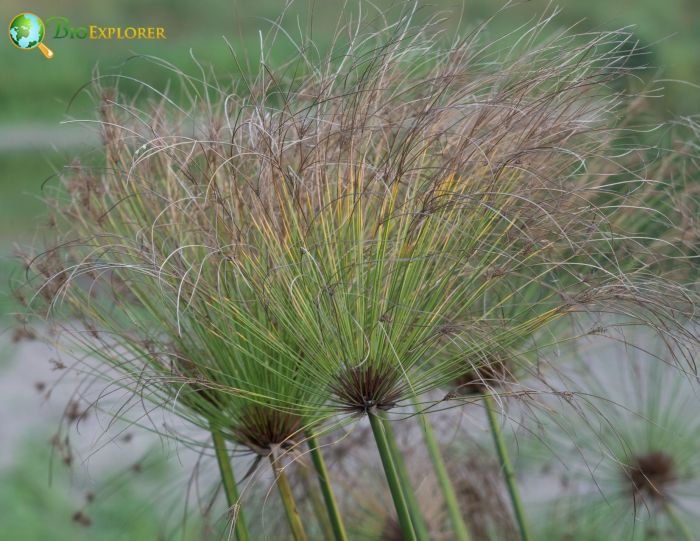 It is a dense collection of many bright green thread-like rays. Tiny secondary umbels are formed with 3 to 5 rays and elongated, narrow bracts at the tips of the rays.