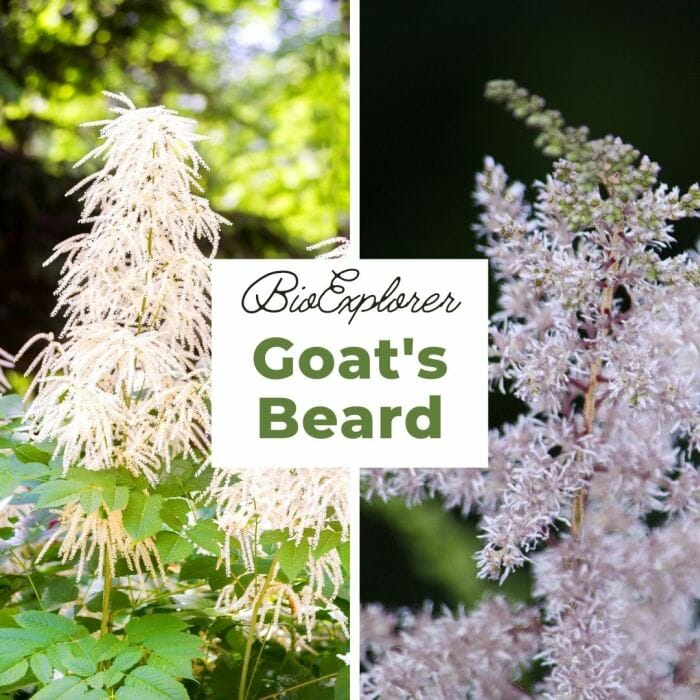 Goat’s Beard (Aruncus dioicus), also called bride’s feathers, is a perennial plant in the Rosaceae family. This plant is native to the northern hemisphere in Asia, Europe, and North America and typically grows in meadows, humid forests, and along streams. 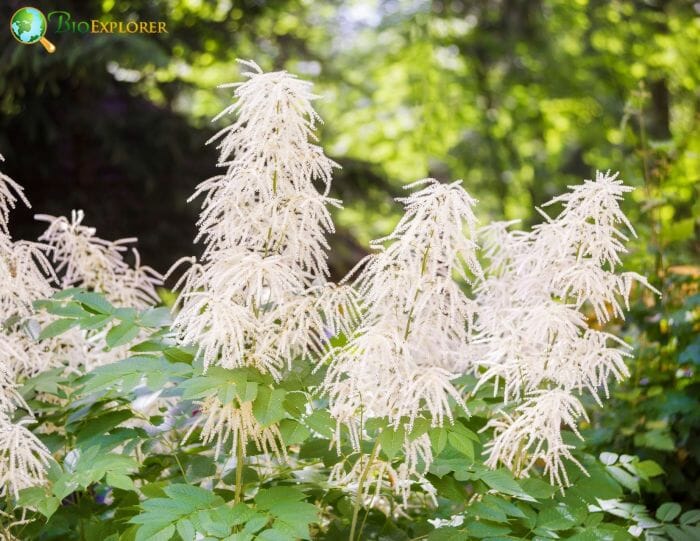 Goat’s Beard is a conspicuous plant that grows up to 6 feet tall in large, bushy clusters. The pinnate clusters of filmy cream-colored flowers grow on long, branching spikes above the foliage and bloom from late May to mid-July.

The bipinnately compound foliage is serrated, and the lower foliage is usually more prominent than the upper ones. The Goat’s Beard spectacular display makes it a popular choice for gardeners, especially those who enjoy gardening with native flora.