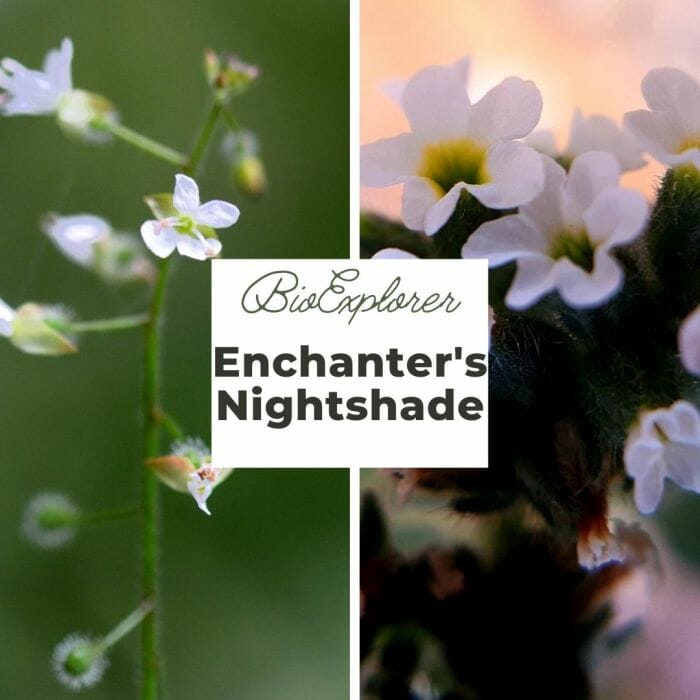 The lovely Enchanter’s Nightshade (Circaea lutetiana) is a plant native to the United Kingdom that appears weak and tender but can be a pesky weed once it establishes itself in the garden. 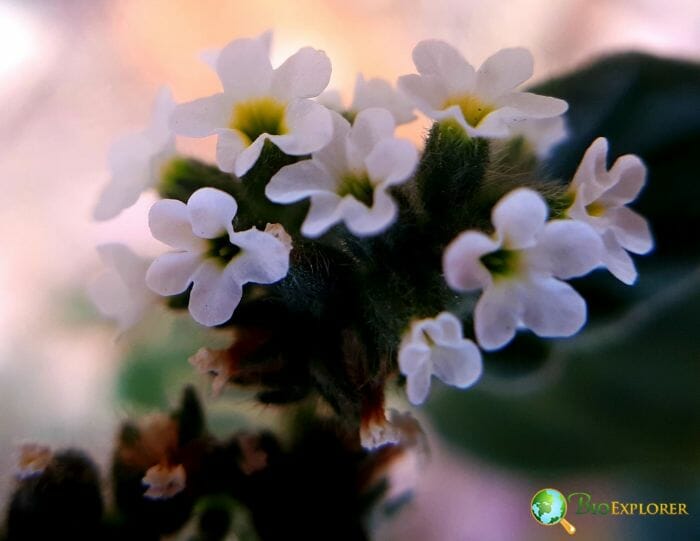 What makes this plant so invasive are the thin, spreading rhizomes that creep around the garden, allowing it to cover large areas. The plant belongs to the Onagraceae family. There are two recognized subspecies[1] (or varieties): the North American species is the variety Canadensis (also referred to as Circia canadensis), and its Eurasian counterpart is the variety Quadrisulcata (Circia quadrisulcata). 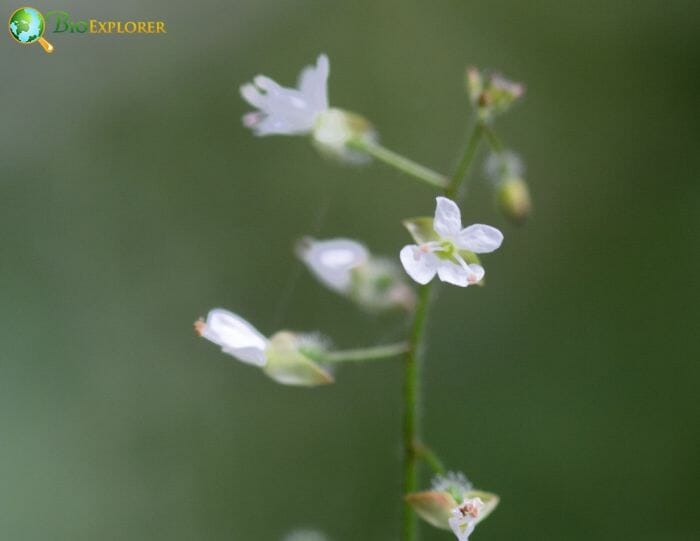 The Enchanter’s Nightshade is an upright, perennial herb that grows 1 to 2 feet tall on a generally unbranched green stalk. The stalk often has white hairs, particularly on the top. The foliage is opposite, ovate to oblong, and tapered to a pointed tip.

The width of the blade does not exceed half the length, which can be about five inches. The base of the leaves varies on the stem from rounded to slightly heart-shaped. The blooms are tiny (1/4 – 1/3″), with no bracts, in 2 parts, on hairy stems that extend outward from the hairy spindle of the raceme. Its small flowers are pinkish-white with 2 strongly serrated petals.