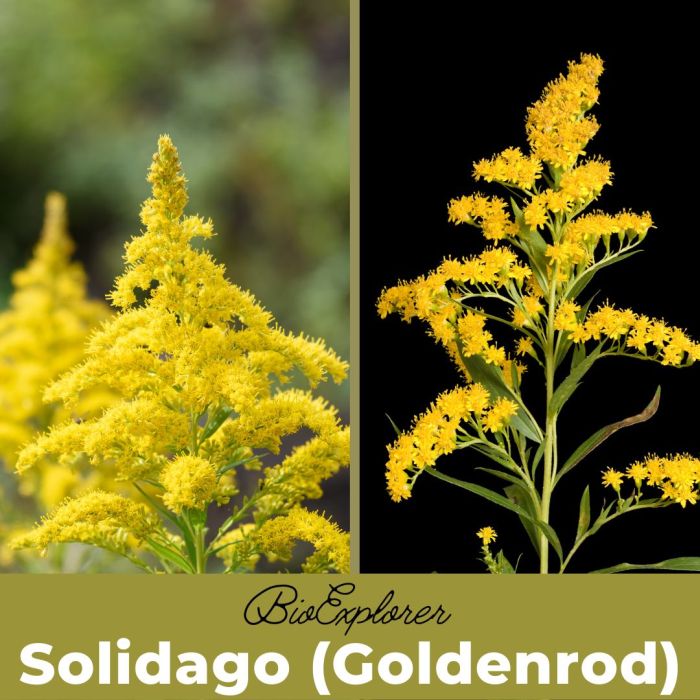 Solidago, commonly known as goldenrod, is a genus of approximately 100 to 120 species[1] of flowering plants in the Asteraceae family. Most are perennial herbaceous species in open areas such as savannas, meadows, and prairies. 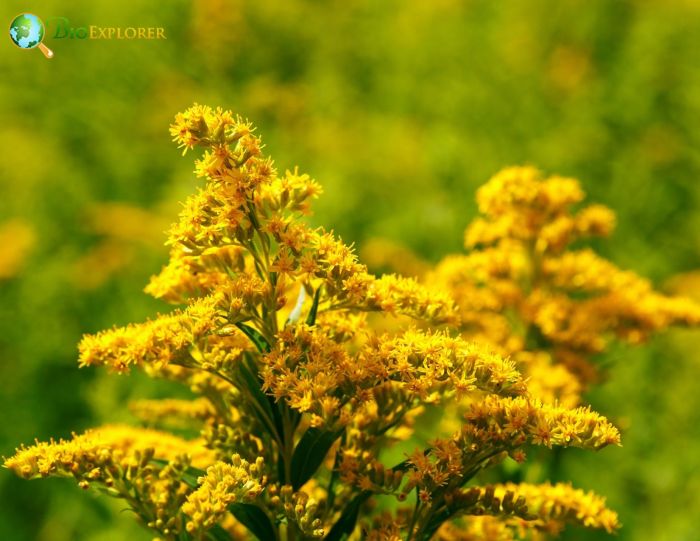 They are mainly native to North America, including Mexico; some species are native to Eurasia and South America. Solidago species are perennials that grow from rhizomes or lignified caudices. Its stems range from prostrate (creeping) to ascending or upright, ranging in height from 2.0 inches (5 cm) to over one meter. 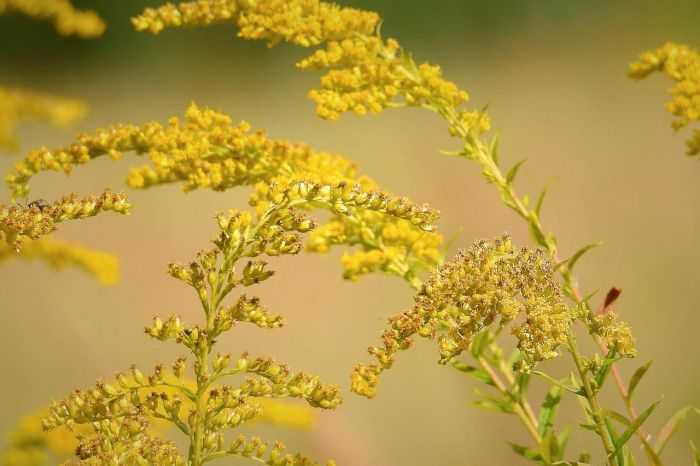 The leaves and stems vary from hairless (hairless) to different forms of hairiness (villous, stipitate-glandular, hispid, or strigose, strigillose). 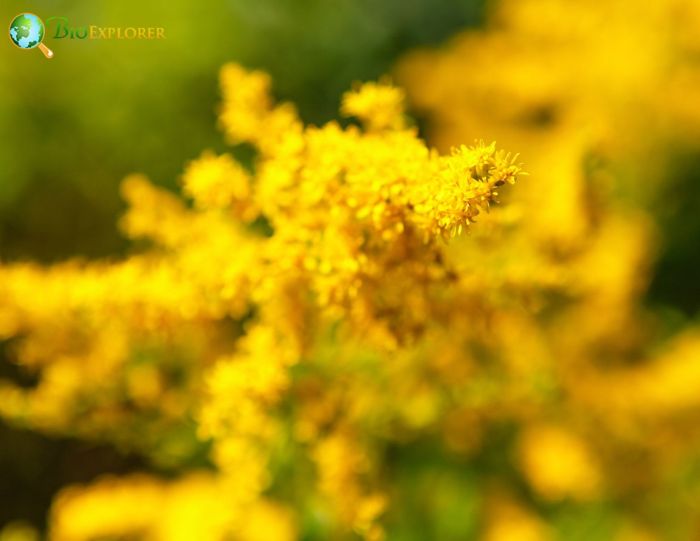 In certain species, the basal leaves fall off before flowering. The leaf margins are usually whole but often have thicker teeth. The buds are generally irradiated (typical Daisy heads with different radial and disc-shaped florets) but sometimes disc-shaped (with only disc-shaped florets of mixed, male, and sterile species). 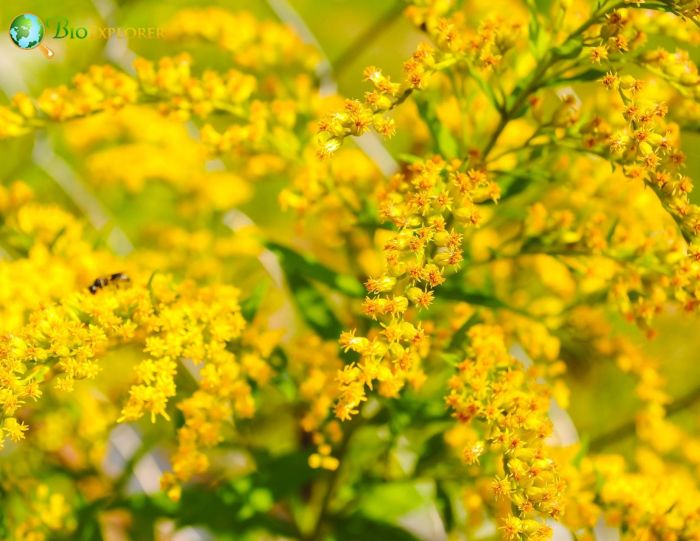 Flower corollas are generally yellow but white in the flowers of some species (such as Solidago bicolor).