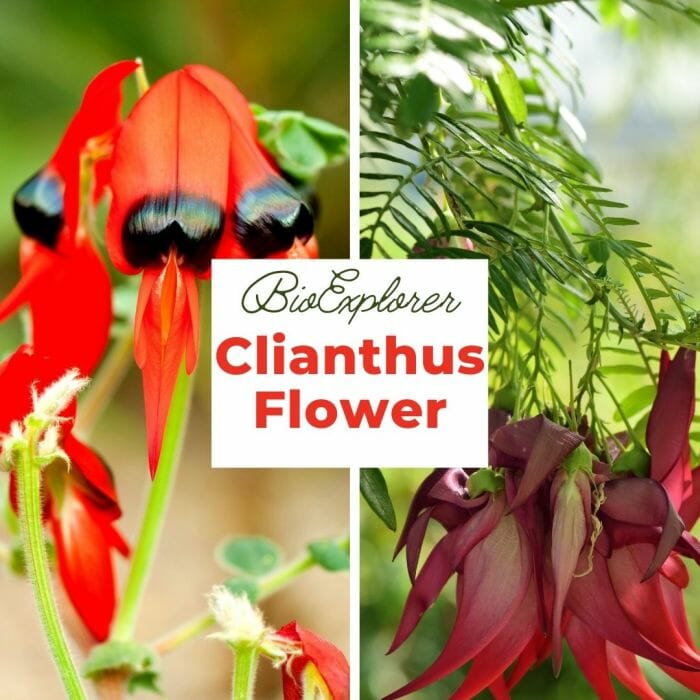 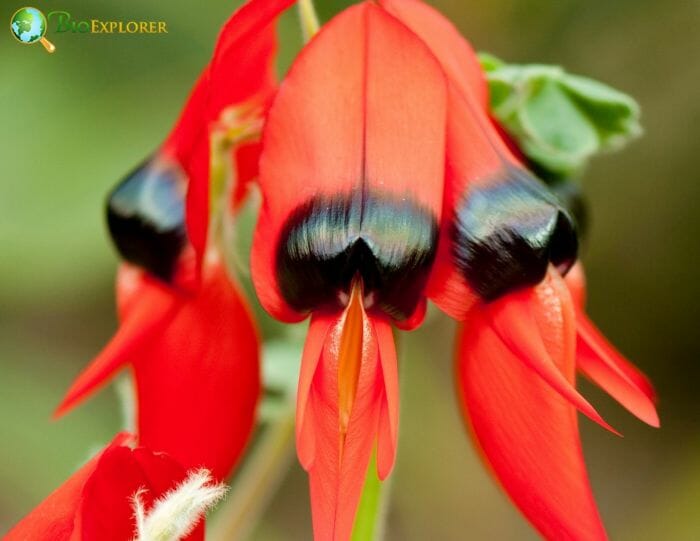 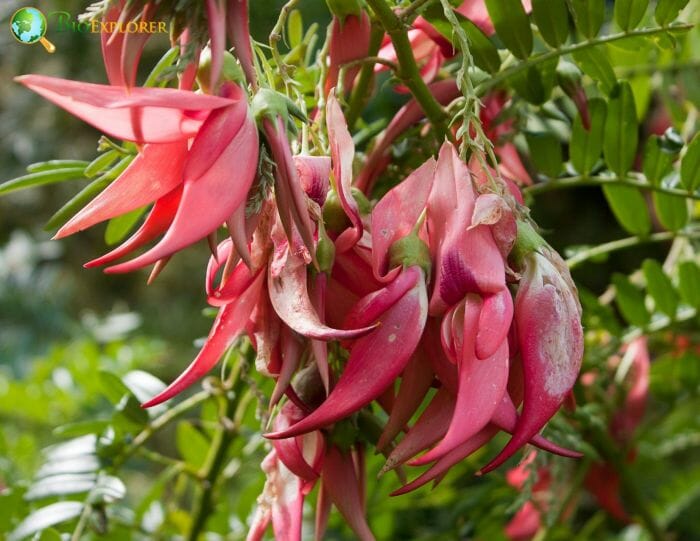 In late spring and early summer, Clianthus produces groups of 15 to 25 red to bright red waxy flowers that are 3-inches long and resemble the lobster claw or beak of a parrot, which explains the common names. 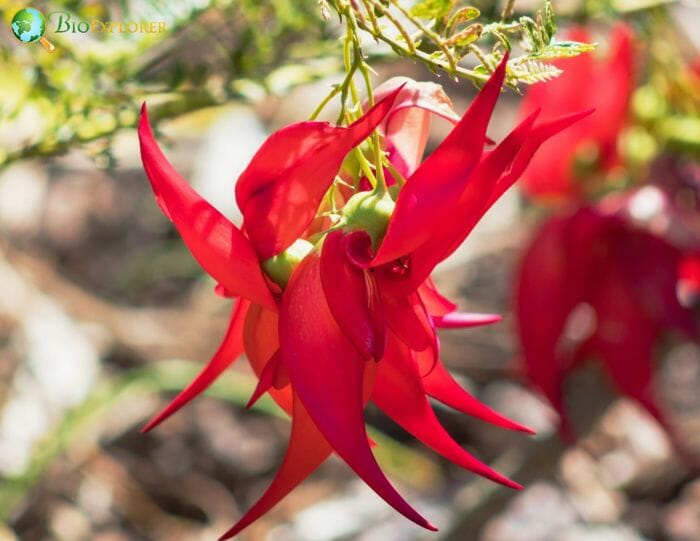 In New Zealand, the plant is named after the native parrot, Kakabeak. The parrot’s beak is a good choice for growing on a trellis or wall due to its extensive growth. It’s a short-lived plant, but it reproduces quickly. 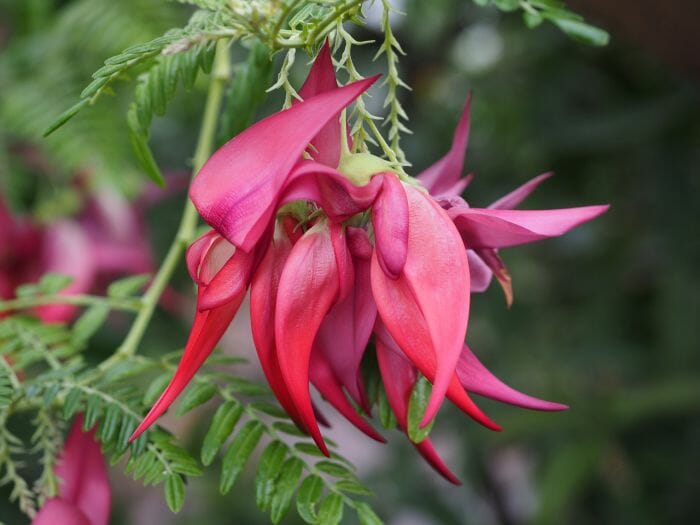