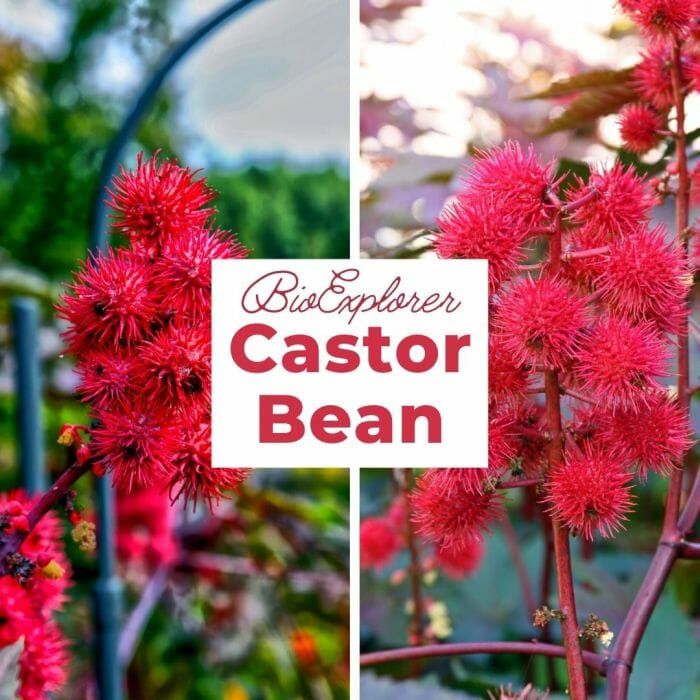 Castor bean (Ricinus communis) is a glamorous addition to any ornamental garden with bizarre seed pods and large tropical-looking leaves. It’s the only member of the genus Ricinus communis[1] and belongs to the milkweed family (Euphorbiaceae). 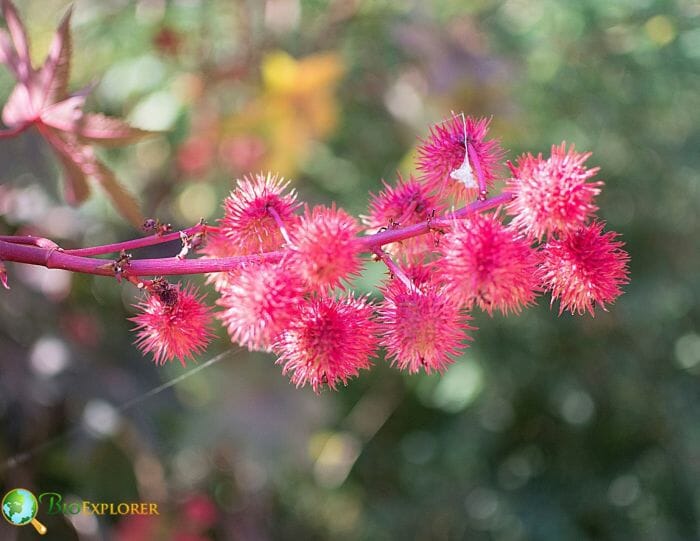 The Latin word Ricinus means “tick“, which is used for the name of this plant due to the superficial similarity of the seeds to a specific European tick species. This plant is native to eastern tropical Africa but has naturalized in the tropics and subtropics around the world. 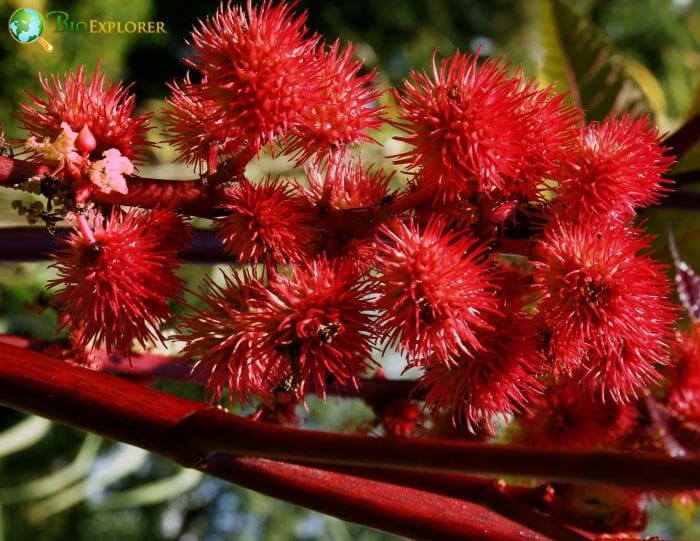 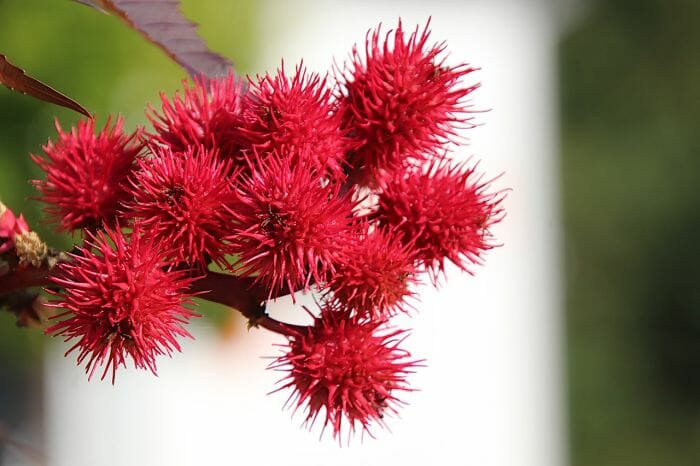 This hardy and tender perennial can reach heights of up to 12 meters and develop woody stems for some time in a frostless climate. It is a fast-growing plant that grows upward at first and develops branches later in the season to form a well-formed shrub with solid stems and dense leaf cover. 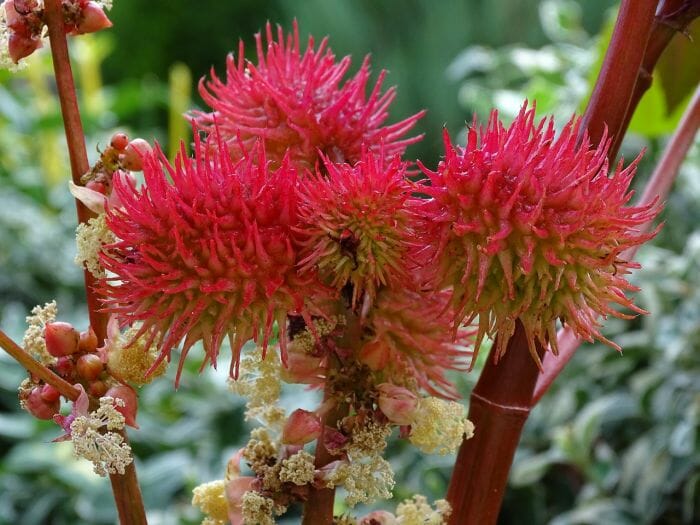 Each palm-shaped leaf has 5-11 deeply incised lobes with protruding central veins and jagged edges. The blooms are produced in dense inflorescences 8 to 18 cm high at the end of the stem.

The blooms don’t have petals and aren’t particularly visible. The 3 distinctive, star-shaped scar lobes of the female blooms are bright red with pinnate branches. Castor flowers are generally available in yellow, pink, and red.