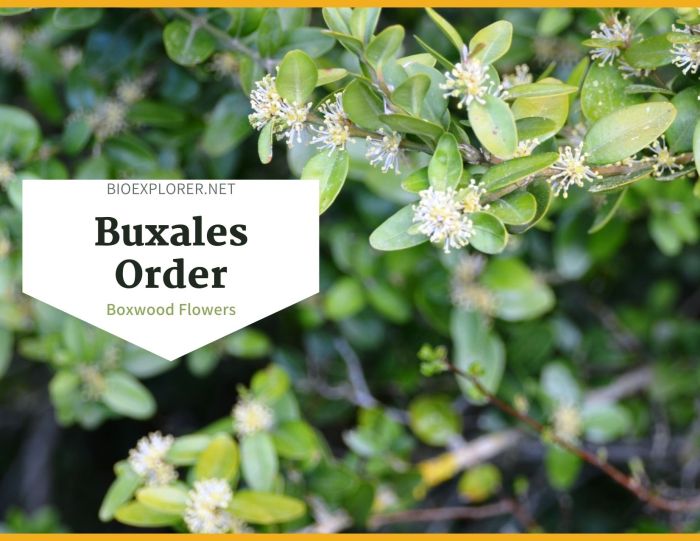 Order Buxales is the eudicot flowering plant consisting of evergreen shrubs or trees. It is usually found in the tropics and subtropics. Members of Buxales are usually monoeciousWhat is monoecious?Pertaining to plants, individuals of which bear both staminate and pistillate flowers, but not necessarily perfect flowers. with simple, non-sheathing, and estipulate leaves.

The Buxales flowers are actinomorphicWhat is actinomorphic?A characteristic of the flower exhibiting radial symmetry such as starfish or Daisy flower; capable of being bisected into identical halves along more than one axis, forming mirror images. Opposite is Zygomorphic., hypogynous, possess an inconspicuous perianth. The female flower’s style is stigmatic for its full length. The Allegheny spurge and the Christmas box are example plants belonging to order Buxales. 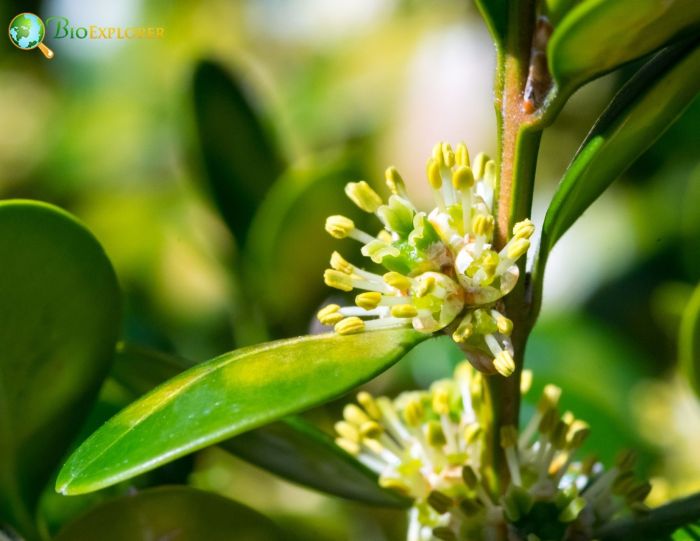 Buxales is a small order recognized by the APG IV system, consisting of 1 family, 6 genera, and 140 species[1]. The sole family under Buxales is Buxaceae. 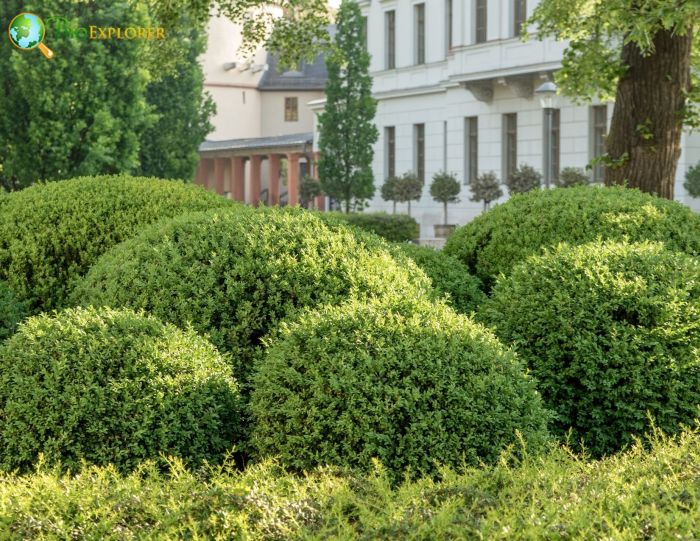 Genus Buxus, commonly called Boxwood, is usually found in the tropics and subtropics. 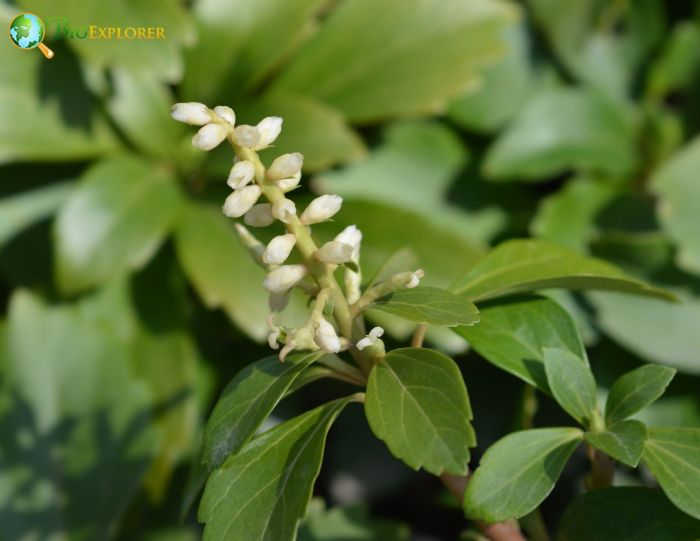 The following characteristics are shared by the members of the order Buxales:

The Sweet box has tiny and white-ivory flowers with a sweet scent. Flowers bloom from late winter to early spring along the branches in five clusters. Sarcococcca has apetalous, unisexual, and tubular flowers. They are monoecious (flowers are either male or female). When they bloom, these flowers are covered by the foliage; however, bees and other insects can easily find and pollinate them.

Japanese Pachysandra flowers are white and fragrant. They are in short spikes (1 to 2 -inch long) emerging at the stem’s terminal ends. This comprises male flowers (15 or more) above and female flowers (1 or 2). This plant does not produce Nectar, but the pollen attracts bees during spring. The Pachysandra procumbens or Allegheny spurge produces pinkish bottlebrush spikes from petiole or leaf stalk. The flowers are also fragrant. On the top are the male flowers. If the female flowers are present, they are at the stalk’s base. The pollen attracts bees, and the Nectar produced by this species attracts birds. 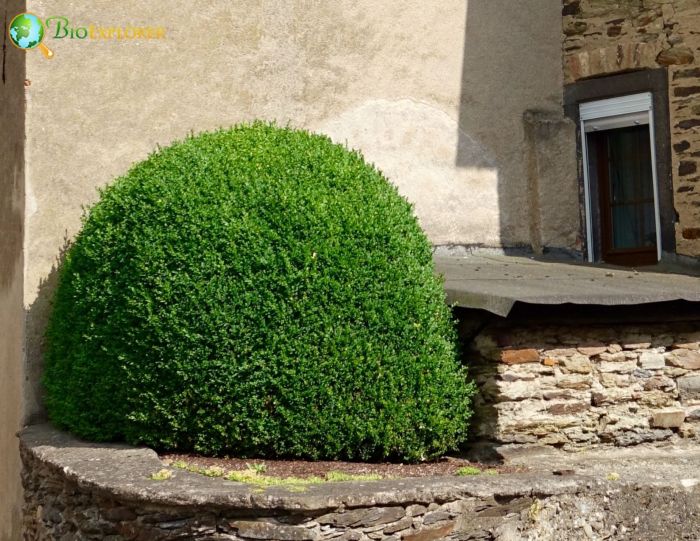