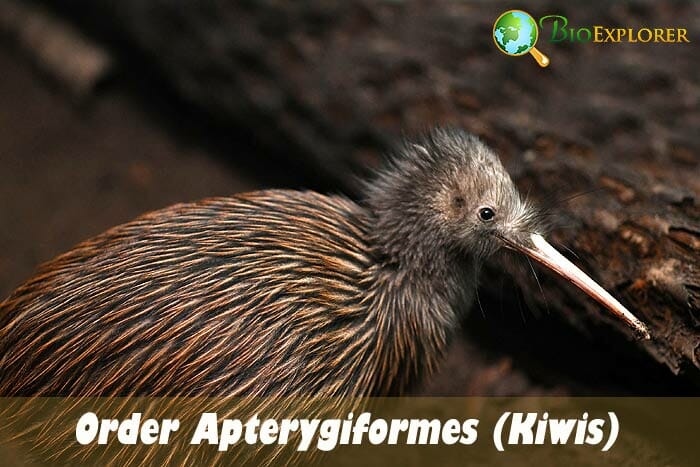 Order Apterygiformes (word origin – New Latin) is composed of flightless birds that live on the ground with vestigial wings, long bills, and small eyes. The most famous representative of this order is the New Zealand endemic species – kiwi. Most of the bird types in this order are extinct-related birds of Australia and New Zealand. 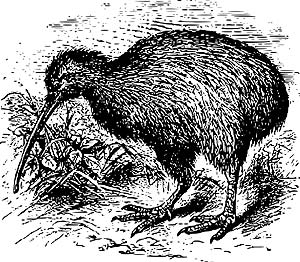 Kiwis is the national bird of New Zealand. Kiwis had evolved 70 million years ago from a flightless ancestor. They are closely related to the Ostrich, Emu, and Rhea birds as well as the now extinct New Zealand Moa.

The only 5 living species of kiwi in Apterygiformes order have the following characteristics: 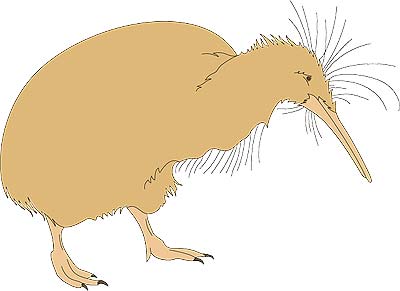 Because of their lifestyles, kiwis are incredibly vulnerable due to deforestation, hunting by humans and predation.

There are only 5 species in the kiwi family:

There are also some extinct species known in this order: