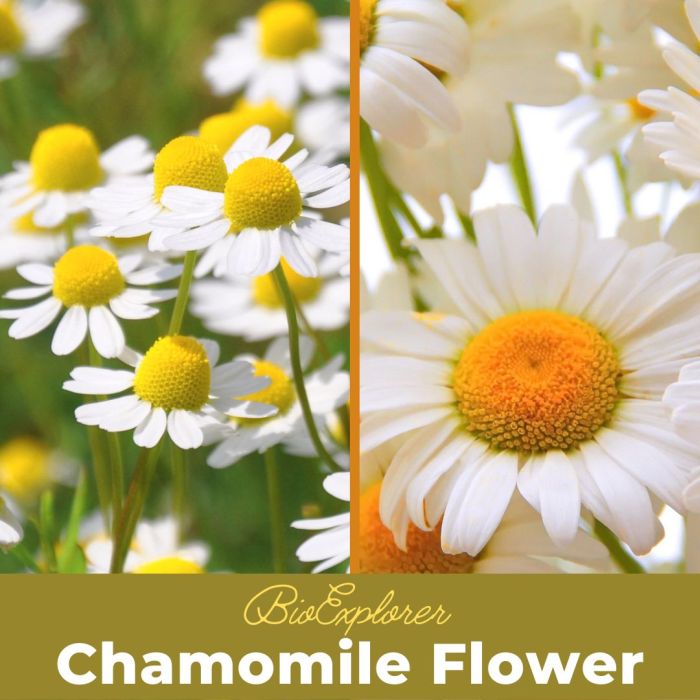 Chamomile is a common name for many Daisy-like plants in the Asteraceae (sunflower) family. The 2 main species[1] are the well-known Matricaria chamomilla (German chamomile) and the less-popular Chamaemelum nobile (Roman chamomile). 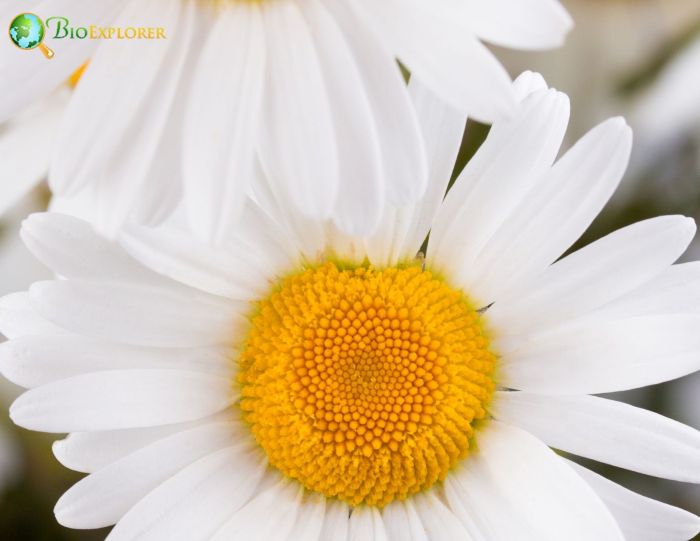 While there is not enough scientific evidence to suggest that consuming chamomile in food or drink positively impacts health, chamomile is valued for its traditional uses in a wide range of applications. Chamomile plants are native to many European countries. 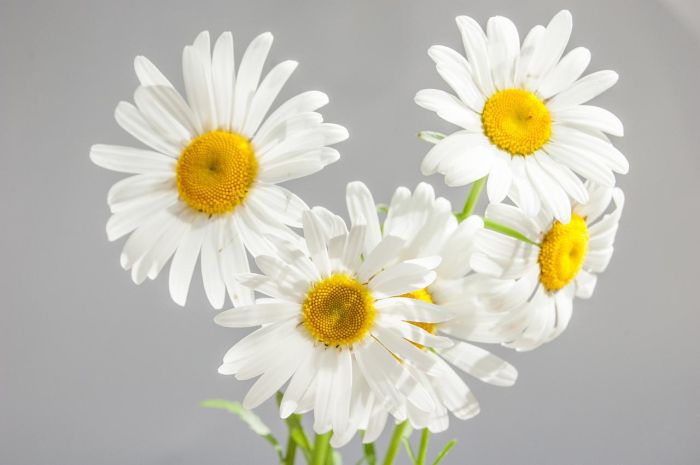 They are grown in Germany, Italy, Spain, France, Morocco, Egypt, and Eastern Europe. 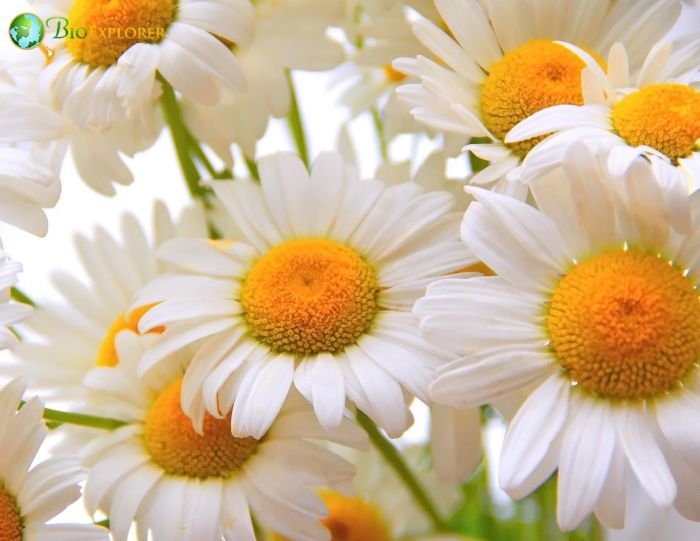 Chamomile is an annual herbaceous plant easily identified by its white daisy-like flowers (no more than an inch wide). There is just one flower that grows on the solitary stem of the German cultivar. 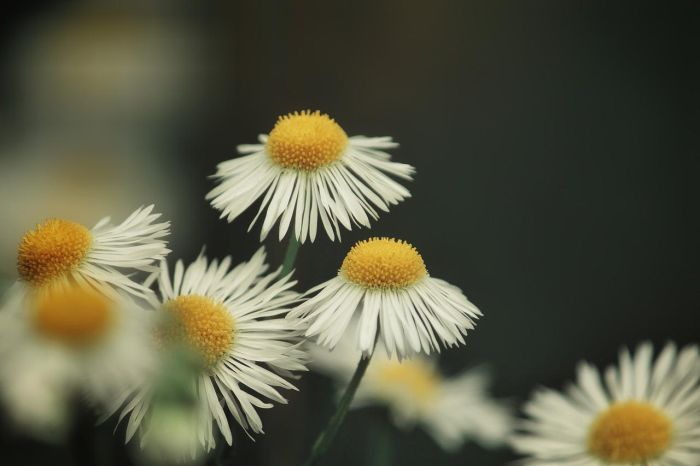 Depending on the conditions, these flowers bloom between late spring and early autumn. The leaves of German chamomile are fern-like, pale green, and pinnate, while the Roman variety features finely serrated parsley leaves that are flatter and thicker than their German counterparts. 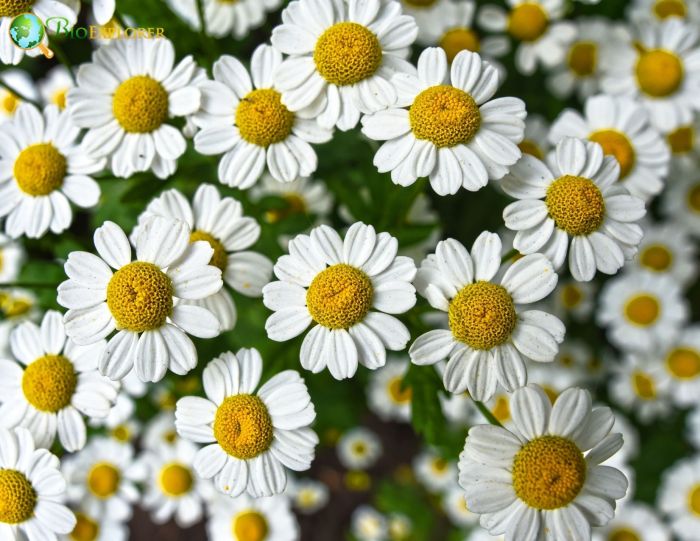 Chamomile can measure between 60 centimeters and 1 meter, depending on the conditions.