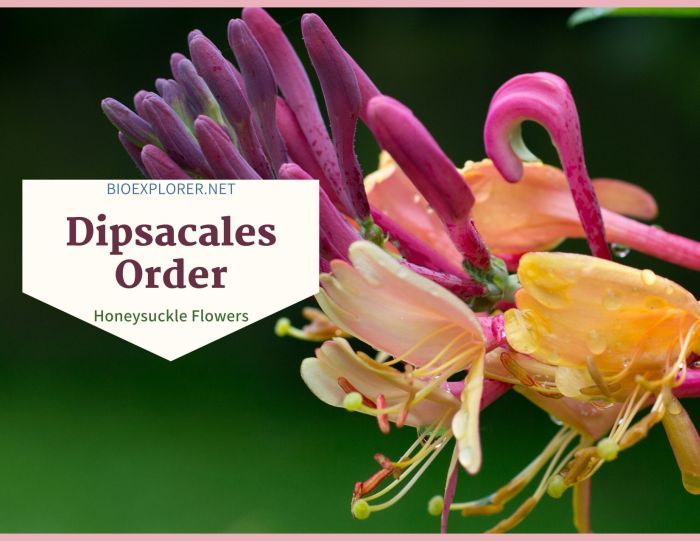 Dipsacales is a eudicotyledonous order of flowering plants with great morphological diversity and worldwide distribution. Members of Dipsacales show characteristics like pubescent stems, flowers mostly in cymes, and 4-5 floral parts.

The Dipsacales flowers are primarily bisexual and are pollinated by insects and/or birds. Species of the Dipsacales, like the honeysuckles and Japanese snowball, are essential ornamental plants.

The previous classification treated Dipsacales with 7 families, but the APG IV includes all under Caprifoliaceae, except Adoxaceae. The recent changes in the family limits result from DNA sequence studies.

Still, the members belonging to Dipsacales remain the same as the previous classification. Dipsacales comprises 2 families[1], 46 genera, and about 1,090 species. 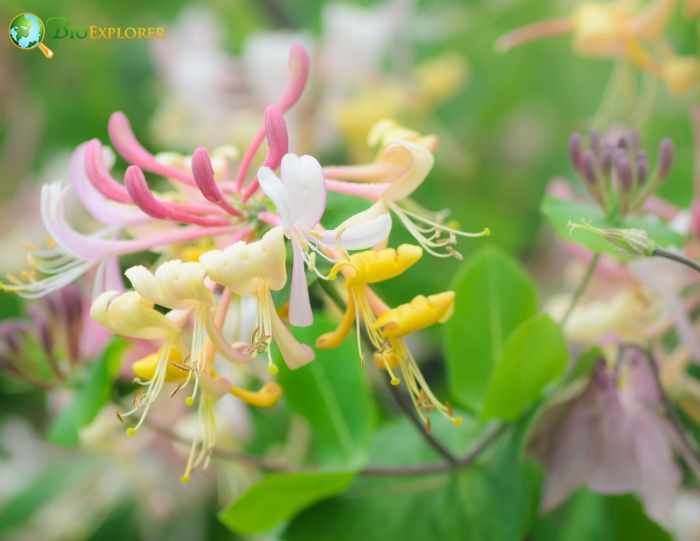 Dipsacales order is distributed worldwide, with most of its members mainly found in the Northern Hemisphere. 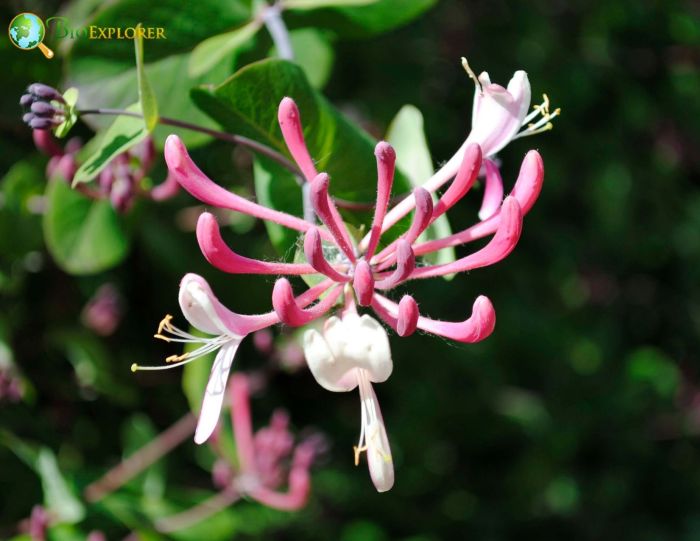 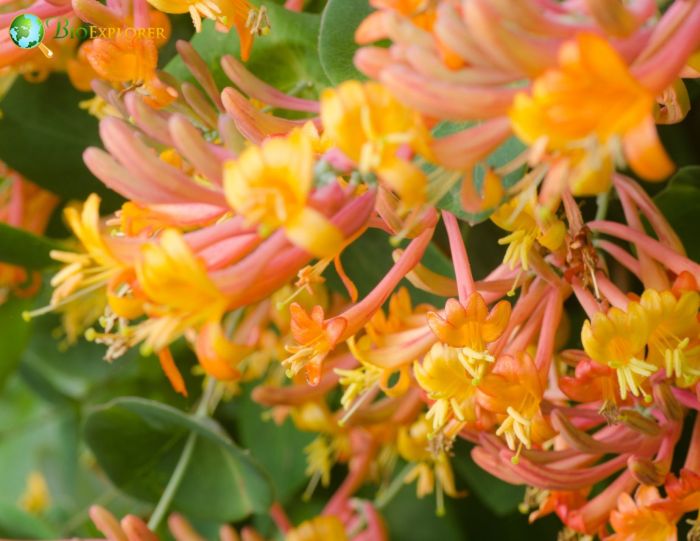 Caprifloliaceae flowers are bisexual and usually epigynous. The flowers are typically in a cyme. There are 5 (4) imbricate or open lobes in the synsepalous calyxWhat is calyx?A collective term for all the sepals of a flower; the lowermost whorl of floral orgrans (Plural form is calyces)..

The Dipsacales offers a group of plants with great diversity morphologically. The following are some of the differences manifested between the 2 families: 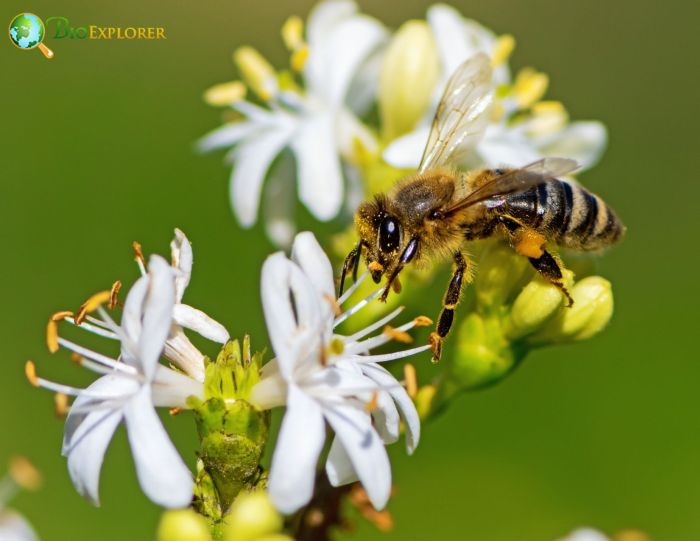 Members of the Dipsacales are of economic importance, especially the several ornamental cultivars. The following are the example species of this order: